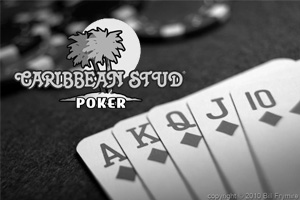 Although Texas Hold ‘Em is one of the most popular version of poker – especially with those massive poker tournaments – Caribbean Stud Poker has and will always be a casino classic. If you’ve never played the game before, we’ve compiled a quick list of a couple of basic points to remember. Stick with these and you’ll be on the right track right out of the gates:

It’s OK To Fold
Don’t be afraid to fold if you don’t think you can amass a better five-card hand than the dealer, which seems like it would be common sense, but again, some players think they’re just playing a game and not really thinking about the consequences. You’re only going to lose your money on the ante bet if you fold as opposed to going in and losing both wagers, so really consider if it’s worth it to play. You can always play another hand, but by going in on every hand, you won’t maximize your chances of winning. It’s an easy way to get bounced out of poker tournaments early.